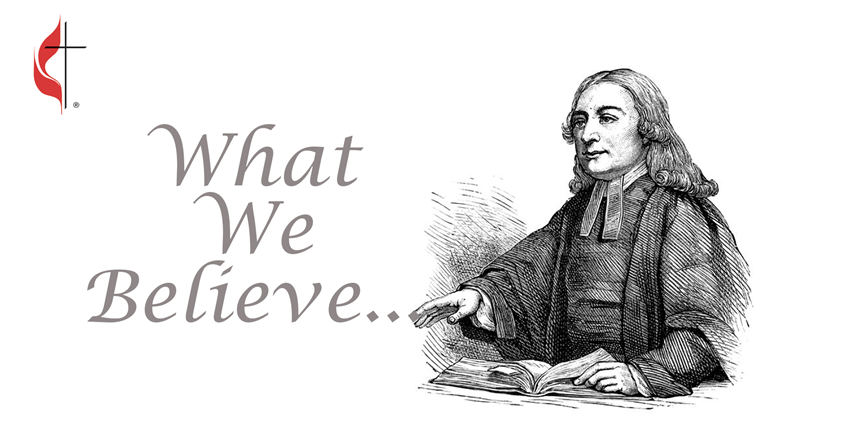 Social Holiness: God At Work Through Us

Please pray with me. Beloved God, please take these words and shape them into a word from you. Where they are in error, I pray that no harm would be done. But if you are at work through them, I pray that they might stir up and inspire the souls gathered here. Amen.

I began praying for you, for the Hedding Family, the day that I first got the call from Jill. I have prayed that your hearts would be prepared for me and that my heart would be prepared for you. I have followed your newsletters and prayer chain and prayed for those whose names and circumstances were brought to my attention. As Paul writes, “Be assured that from the first day we heard of you, we haven’t stopped praying for you, asking God to give you wise minds and spirits attuned to his will, and so acquire a thorough understanding of the ways in which God works.” I have heard about so many things that you do and have done over the years! Everyday I discover a new way that this congregation has committed to being Christ’s hands and feet in the work of the kingdom in this city! I am amazed!

Indeed, from the moment that I knew I was to be sent to you I began to fall in love with you. I searched your website and newsletters and saw a heart for the poor, the lost, the outcast. I have thanked God, as well as our district superintendent Jill and our bishop, for sending me to this place and you beautiful people!

The heart of my ministry has been based on the Matthew 25 parable of the Sheep and the Goats when Jesus says: “‘Come, you that are blessed by my Father, inherit the kingdom prepared for you from the foundation of the world; for I was hungry and you gave me food, I was thirsty and you gave me something to drink, I was a stranger and you welcomed me, I was naked and you gave me clothing, I was sick and you took care of me, I was in prison and you visited me.’” (Matthew 25: 34-36) You are truly a Matthew 25 congregation!

If you are hungry, come eat at our Friday Night Community Dinner or stop by the food shelf on Wednesdays and Thursdays!

If you are a stranger, join us on Sunday mornings or stop by the friendly office during the week where Kelly and Renny can help welcome and take care of you!

If you need clothes, stop by the Women and Children First thrift shop on Main Street and get vouchers here from Renny!

I hear that we helped launch a Veteran’s homeless shelter and have an overflow shelter here during the winters. We help folks when money falls short for rent and utility bills.

Etc. etc. etc. I’m not kidding. Every day I learn something new about how the Hedding Family truly walks in the way of Jesus here in Barre! How awesome!

“Come, you that are blessed by my Father, inherit the kingdom prepared for you from the foundation of the world… ‘Truly I tell you, just as you did it to one of the least of these who are members of my family, you did it to me.’”

You have worked hard in the Master’s orchard, as the Colossians passage intimates, and though, as we talked about last week, we still need more laborers to take up the Master’s harvest, so much good work already done needs to be celebrated!

We were made for one another and we’re going to have so much fun together! I think, maybe, we already are!

John Wesley, the founder of the Methodist movement, taught that holiness is a thing that we aspire to through two methodical ways: Social Holiness and Personal Holiness. This week we’re talking about the first and next week we’ll reflect on the second. Conveniently, the lectionary passages from Luke have two perfect back to back stories that will help us on our way. This week, the parable of the Good Samaritan and next week the story about Mary, Martha, and Jesus.

So let’s take a peek at the Luke passage from today’s readings.

Last week I talked about my fascination with connections. Well, this week, while reading up on the Parable of the Good Samaritan, I learned a new one that I had never heard before. I love using the Jewish Annotated New Testament for my exegetical work. There are so many connections that we, as Christians, tend to miss - while our Jewish counterparts see it immediately, as their predecessors would have during Jesus’ day.

The story of the Good Samaritan evokes a story in second Chronicles when the ancient Hebrews fought in a civil war between one another. One side won and took captive all the people of the losing side. Bringing them into Samaria as potential slaves, they were met by a prophet of the Lord named Oded. He scolded them and convinced them to care for and release the captives back to their kindred in Jericho. Relenting, “they clothed all that were naked among them; they clothed them, gave them sandals, provided them with food and drink, and anointed them; and carrying all the feeble among them on donkeys, they brought them to their kindred at Jericho, the city of palm trees. Then they returned to Samaria.” (2Chr28:15) JANT)

Just reading through it, I wonder how I could have ever missed that connection. The parallels are so blatant! But then, it isn’t a terribly popular story out of the Hebrew scriptures. Nonetheless, the lawyers, the scribes, and the religious leaders of Jesus’ day would likely have noticed it in an instant! Jesus didn’t just make up a brand new story, he is doing midrash - the Jewish practice of taking an older story and recreating it for a new time and place as a form of biblical commentary.

In Jesus’ version of the story, we again have internal Jewish conflict - less warfare and more with different Jewish players attacking and ignoring one another. In this version, like in the original story in second Chronicles, the hero is a Samaritan. Samaritans were and are (they still exist as a very small cultural and religious group in Palestine) close relatives of the ancient Hebrews. Indeed, the lineage seems to be that they are descendants of the line of Joseph who, after being left behind after the Assyrians deported the majority of the Jewish people around 720 BCE, intermarried with surrounding cultures and maintained a variation of the Jewish religion.

By Jesus’ day, the two peoples - so closely related, yet distant by hundreds of years of separate cultural growth, had become fierce rivals. Think of them like Redsox and Yankees fans, but with occasional sword fights and strict guidelines against intermarrying. So for Jesus to make the Samaritan the hero was a gut punch to his listeners… particularly the religious authorities.

In Jesus’ story we hear about the priest and the levite passing by and ignoring their fellow Hebrew. I have heard it said that this is because of purity laws and the fear of becoming “unclean” by touching a potential corpse. This is not so, according to the Jewish Annotated New Testament. In fact, it would be just as likely to essentially “contract uncleanliness” by the neglect of caring for a hurt person or failing to appropriately bury a body. Rather, it is setting up an expectation for the listeners: Priests, Levites, and Israelites are the expected triple grouping (the three basic Jewish groups of that time), but Jesus surprises them by putting in the Samaritan, the enemy, instead.

“The issue is not “who is my neighbor?” but “can we recognize that the enemy might be our neighbor and can we accept this disruption of our stereotypes?” (JANT p123)

Who is your enemy? Who is the person you like the least or despise the most? Maybe there is a group of people who fit that category for you? Yankees fans? Redsox fans? Or perhaps conservatives or liberals? Poor people? Rich people? What team are you rooting for and do you carry a bias against the opposing “team”? We all do it. I’m as guilty as anyone. I try to check myself, but it takes a concerted effort to remember to do so. So here we are imagining the person or kind of person we like the least. Now, imagine that you or someone you love is hurt and the person who comes to the rescue is rooting for the other team. That is the neighbor that we need to love? Yeah. How do we foster compassion for our neighbor who we naturally dislike - or at least have been taught to dislike? This is the Christian call. It is easy to love the people we already like! How do we learn to love the people we don’t?

The New Interpreters Bible says, “Jesus has turned the issue from the boundaries of required neighborliness to the essential nature of neighborliness. Neighbors are defined actively, not passively.”

John Wesley’s two fold method (ever wonder why we’re called Methodists? It’s because we’re methodical….) his method was and is about active faith. Faith doesn’t happen to us. It isn’t an affirmation of an idea or ideal. It isn’t a statement of belief. Faith is active. Even in its resting, as we will learn next week, it’s not a passive rest but an intentional, active resting in God’s love. Social holiness is about putting our faith into action for and with our neighbors. It is Matthew 25 faithfulness. It pushes us beyond our comfort zones and calls us into deeper community with people we love and people we should love. It means forgiving our neighbor when we think they are wrong and forgiving ourselves for thinking that we are right.

I had an email conversation with Craig this last week and in it I shared my favorite metaphor for community: Community is like being in a rock tumbler. We knock into one another over and over again and get bumps and knicks along the way. But the longer we stay in it, the more beautiful our souls become, for our sharp edges get knocked off by the sharp edges of our siblings in faith!

Wow! And Ouch! This is part of our methodical social holiness process. Staying in community with one another.

Living as a family, serving together, worshiping together, holding one another up in prayer, making sure that all are fed and cared for, visiting those who are sick or in prison (whether literally or metaphorically), and welcoming any stranger into our midst. These practices of social holiness are one half of what helps shape our souls. Next week we’ll talk about the other half. For now, let’s get out there and get uncomfortable by loving our neighbors… all of them. Yes? Amen.

« We Are The Ones Who Are Sent Personal Holiness: God At Work In Us »