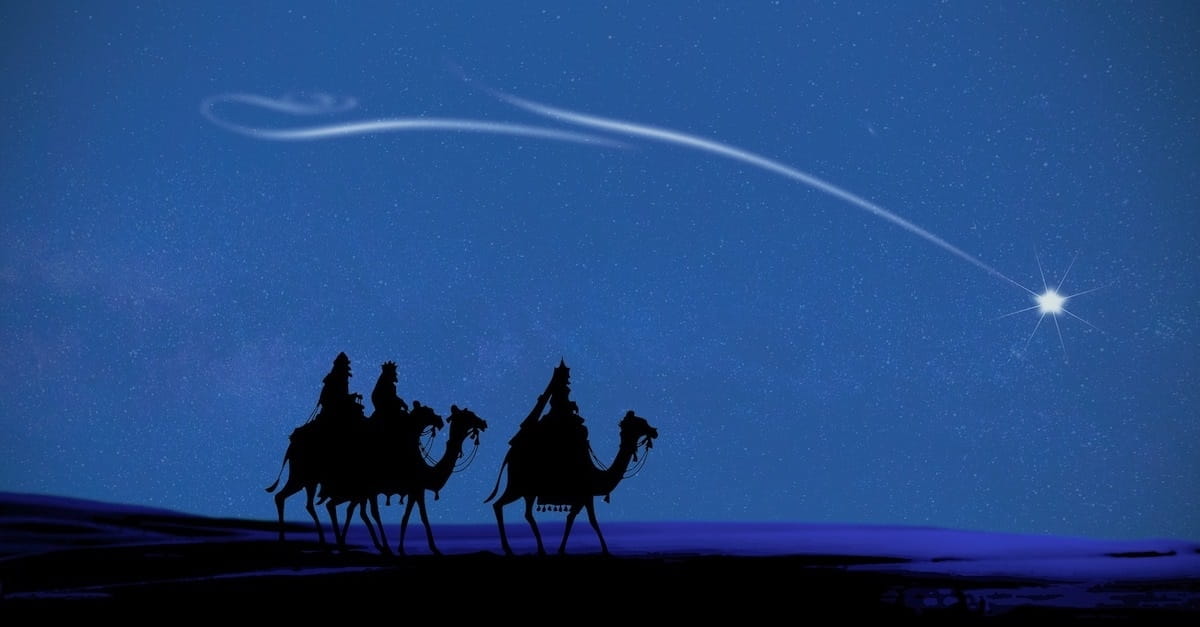 Pause and be Present

Let us pray. Beloved God, I pray that you take these words and speak your truth through them. Where these are mine and in error, I pray that no harm would be done. May we all be inspired to do your work in the world. Amen.

You know, I really was looking forward to simply talking about the gifts of gold, frankincense, and myrrh; how three wise women would have brought along more practical gifts, and how the truest gift of all is the presence that we have from God and from one another. It would have been harmonious and poetic, all tied up in a pretty bow with Christmas lights.

Unfortunately, empire, power, war, anger, and disunity seem to be the common experience throughout all of human history and this week is no exception. I feel like I have a bit of escatological whiplash as warring nations and religious factions replay the endless loop of doomed history yet again.

We humans aren’t just slow to learn, sometimes I think we are objectively unteachable as a species.

“Then was fulfilled what had been spoken through the prophet Jeremiah:

“A voice was heard in Ramah,

Rachel weeping for her children;

You know, it is hard to be a “Rachel” and a mom and have to read these words each year just on the heels of the story of the visiting magi. I simply can’t not see my own children torn from me in this passage that is rarely acknowledged throughout our romanticized Christmas narrative. But this is exactly what the scriptures are meant to do: open our eyes to the plight of our neighbors and feel the conviction that what has been done to them is also being done to us.

My friends, we live in turbulent times. But the truth is, everyone who has ever lived has lived in such times - at least throughout the epoch of recorded history. “Nations rage, kingdoms totter….” (Psalm 46:6) the psalmist knew of which he spoke for his times, too, were turbulent. Young people have been sent off to war since tribes were fighting over the choice piece of fertile riverbank. We have not changed. “There is nothing new under the sun,” (Ecclesiastes 1:9) says the author of Ecclesiastes. But what does the visit of the magi have to do with any of it?

The Gospels tell the story of Jesus. Each Gospel comes at this story from a different perspective, writing to different audiences. In fact, the birth narratives of Luke and Matthew have almost zero commonality. Besides the main characters of Jesus, Mary, and Joseph and the location of Bethlehem, everything else seems up for debate. Was Jesus born in Bethlehem because his family happened to live there, as Matthew seems to assume, or did they travel there for a census, as Luke claims? Did they end up in Nazareth because it was a good place to avoid the political and religious authorities, as Matthew indicates, or is that where Mary and Joseph were from, as Luke states. Luke has shepherds and Matthew has magi. BTW, neither Mark nor John bother with the birth narratives at all, but instead begin the story with Jesus’ baptism - which we will talk about next week.

All of those sweet little christmas pageants that smash the two birth narratives together are really jumbling two distinct stories. And, honestly, I think that’s ok. I’ve done it for years myself. I’m not above some romanticism. But sometimes we need to get into the heart of the story and feel the fear, the pain, the turmoil, and the power plays. Sometimes we need to remember that ours is not the only time in history that has been fraught with peril.

Central to all of the stories of Jesus is the fact that he lived in a land that was occupied by another nation - Rome - the most powerful empire of that time period. Rome had set up a puppet king - King Herod - whose father was a friend of the emperor. Herod’s family had some nominal ties to the Jewish people but he was never seen as one of their own and, because of his generally tyrannical and oppressive methods, was vilified by all but the elite and wealthy to whom he catered. Tensions tend to be heightened in any occupied land as occupied people have a tendency to want to self govern, and the Hebrew people were known for their rebellious and rather scrappy nature. For more on this, I invite you to read most of the Hebrew Scriptures collected in the first half of our bible. Herod would have been very aware of this, for him, more recent history.

So with tensions high, we begin the narrative of the magi. These wise men were observers of the stars and ancient astrologers who found meaning in the shifting heavens. As Matthew sets things up, these are definitely not Jewish men. They are foreigners who are the first to come to worship the Christ-child. And the first place they go is to the capital where the king is known to be - Jerusalem. There they find an anxious and conniving king in Herod who you can almost hear the oily words, “Go and search diligently for the child; and when you have found him, bring me word so that I may also go and… [creepy laugh]... pay him homage.” (As an aside, I never have been able to get one of my kid actors to really put on the whole creepy vibe in the Christmas pageants we’ve done. They’ve always been way too worried about pronouncing the word “homage” correctly.)

Where were we? Oh right. Magi searching for the Christ-child. So they follow the star and find him in Bethlehem where he is, evidently, about two years old by this time. Remember, in the Gospel of Matthew the family lived in Bethlehem, apparently in a house… which is where the magi found them. Now we get the gold, frankincense, and myrrh - each symbolic: gold for kingship; frankincense for divinity; and myrrh which was an embalming oil foretelling his death.

And then, the magi disobeyed the king and returned home by another road. They obeyed the dream vision they received from God, but resisted the legal mandate of the land. Political disobedience and resistance has holy roots. Now, before anyone starts making assumptions about my political persuasions, I want to be clear: I am neither a Democrat nor a Republican. I never have been. I’ve been an independent all of my life and intend to continue as such. I can see strengths and weaknesses in both and I’m entirely fed up with extremists on both sides. As a Christian, I stand against anything that the empire does that harms the least and most vulnerable of God’s children. And no political party with any power has ever been the gold standard for virtue and compassion. “Power corrupts and absolute power corrupts absolutely.” (Lord Acton)

One of the teachings of the gospels is that we can live another way. That although the powers that be will always clash and trample, we, as Christians, as people of faith, can weave a new kingdom into the fabric of this reality. That doesn’t mean that we turn our backs on the world. It doesn’t mean that we don’t vote or petition the political system. But it does mean that we don’t put our faith in it. Our faith is not in human institutions - that includes the institution of the church itself. (I do make a clear distinction between the church, as in the Body of Christ, and the church institutional.) Our denomination may split or it might not, our country may go to war or not, our favorite political team may get into power or it may not, but none of that is where we place our hope. The kingdom of God is not of this world, but it is in this world! And we are kingdom people! We place our hope in the grace of God.

If the world around you looks particularly turbulent today, don’t worry, you are not alone. The world has always looked this way. It always will. The poor will always be with us. (Matthew 26:11) There will be wars and rumors of wars. (Matthew 24:6) There will be natural disasters in various places. (Matthew 24:7) But our calling does not change. We follow the star anyway. We are to weave God’s kingdom into the fabric of this reality. We are to feed the hungry and provide clothing for the naked. We are to welcome in the stranger and visit the sick and imprisoned. (Matthew 25:35 and 36)

We are to, everyday, every moment if we can, show to the world a new way of being. One where love is more powerful than drones or protocols. Where compassion holds more sway than polls or pontificating. Where a hug holds more hope than a catchy campaign slogan. And where the grace of the Holy One is more compelling than the propaganda of the Empire.

Beloved of God, the Christ-child has come into the world. Quietly, softly, gently weaving the promise of a new and better way to live throughout the ages. Let us listen for his borning cry and the whisper of his last words as we weave our way through a world that is aching for his grace. Let us be the people of God’s Kingdom. Amen.

« Proclaiming The Light of The World Kissed by God »